The C130 Chicago is a small folder designed for markets that limit blade length to 2" or less. It is part of Spyderco's Value Folders series.

The Chicago was first released using S30V steel and carbon fiber scales. The maker was unable to maintain high quality, however, leading to a swift discontinuation. It was brought back in 2011 using 440C steel and G-10 scales.

Laws. Whether necessary, good, or just nutty, they’re intended to establish order and ward-off chaos. When our government and society implement rules we do our best to live within their parameters.

As an example, many U.S. metropolitan cities draw the line for carrying pocketknives in public to knives with blades two-inches in length or under. Welcome to Chicago! If I were a Chicagoan and carried a pocketknife regularly, I might be inclined (as a law abiding citizen) to carry a tool falling under this city’s restriction.

The Spyderco C130G Chicago is just that. Two-inches of flat ground 440C blade urbanely outfitted with black G-10 handle scales and Michael Walker LinerLock®. The handle is shaped and sized ergonomically with full-length skeletonized liners inside for strength without bulk or weight.

Its leaf-like shaped blade effectively cuts across the board, from significant strenuous cuts like carpet and poly rope to something as simple as fingernail cleaning or scraping tape off of glass.

A deep pocket clip burrows the knife down into a pant’s pocket with the tip facing up ready to carry left- or right-handed. This one is for Chicagoans or anyone looking for a city/suit knife.

The C130 Chicago is made in Taiwan and has a

Questions regarding collecting the C130

Measurements (mm and grams) of the C130 Chicago:

Measurements (inches and ounces) of the C130 Chicago: 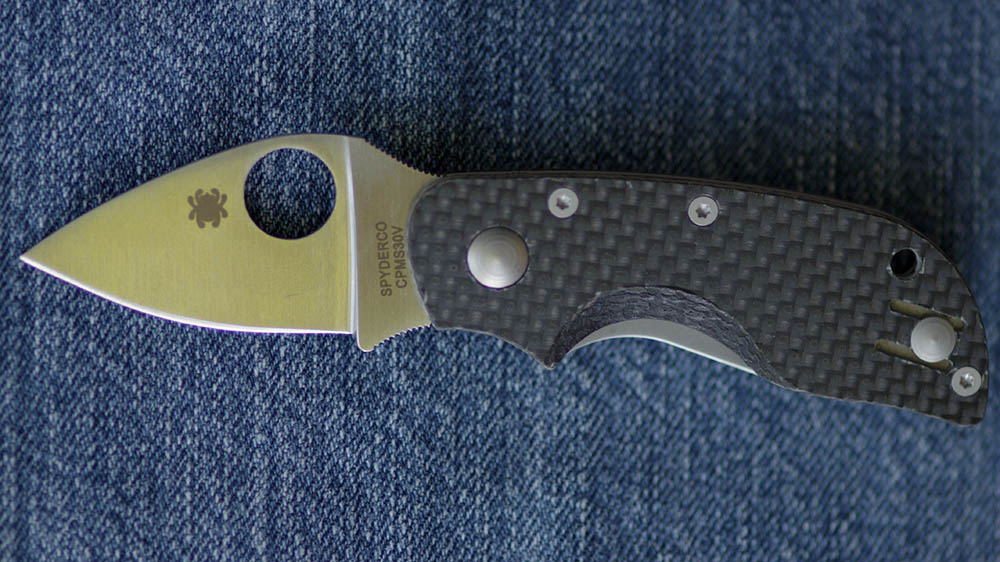