The C115 T-Mag by Ralph Turnbull was introduced in 2007 and shortly afterwards discontinued. The C115 has a non-locking blade that is held in the opened and closed positions with an Earth Magnet.

The C115 T-Mag appeared in the following catalog:

"Innovational knifemaker Ralph Turnbull’s new Spyderco collaboration is the C115 T-Mag folder. It houses a powerful Rare Earth (Neodymium NdFeB) Magnet, mounted internally in the knife’s spine where the blade and handle join. The magnet performs the same function as a notch- or slip-joint, holding the blade open when used and closed when pocketed by way of magnetic pull. Gunmetal gray carbon fiber handle scales, and Titanium liners, have a pronounced finger choil that places the index finger behind the cutting edge further blocking the knife blade from closing when you’re cutting. The flat-ground blade is laser cut CPMS30V high-carbon steel that is well known in knife circles for exceptional long term edge retention and performance. The finger choil and the spot on the blade’s spine above the round hole have jimping (texturing) further keeping the hand engaged safely on the handle while cutting. The wire clip is ambidextrous, positioning the closed knife to carry in a pocket knife tip up." [1]

Questions regarding collecting the C115

Measurements (inches and ounces) of the C115 T-Mag: 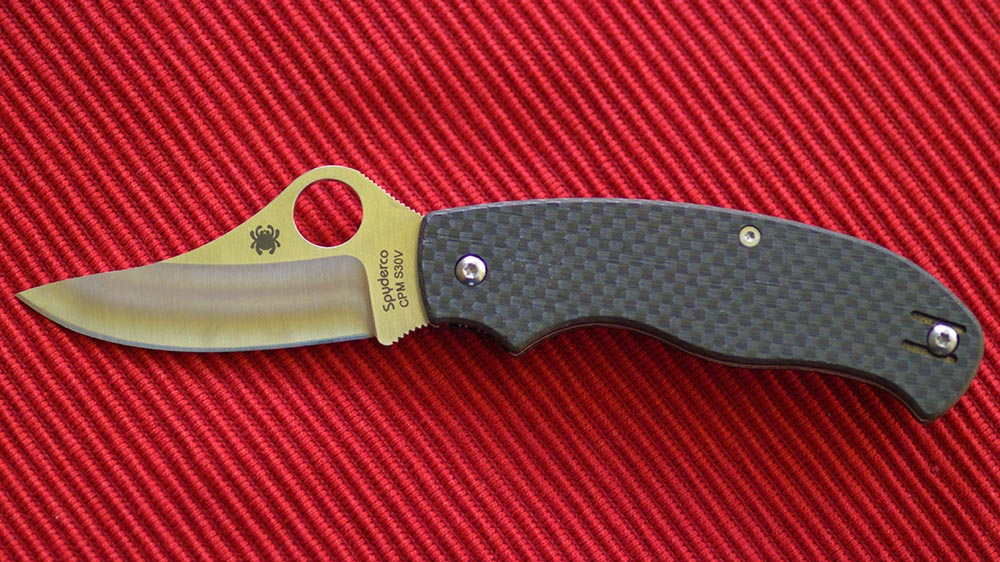