The C101 Manix appeared in the following catalogs (older, newer):

"The recipe for success: Start with an exceptionally strong lock, manufacture using precise tolerances and add a blade honed from exotic high-carbon stainless steel. The conclusion is the Manix 83mm. The C101 is an assembly of small seemingly inconsequential features that added together result in one of the strongest knives from Spyderco to date. Outstanding ergonomics are the result of the positioning between the fore-finger choil and the backlock and the relationship between the blade’s weight, the lock’s shape and the spring’s shape. These little things result in the smoothest possible opening/closing and reliable and comfortable cutting. Nested in the handle are skeletonized dual steel liners increasing rigidity and strength without the burden of unneeded weight. The blade is made from Crucible’s CPM-S30V steel and comes double flat-ground with aggressive thumb serrations (jimping) above the enlarged 14mm Spyderco Round Hole. Jimping keeps the thumb in safe and controlled contact with the blade’s spine. A three-screw pocket clip adjusts for ambidextrously carry, tip-up or tip-down."

"The Manix 2 is a dependable, all-purpose folding knife that showcases Spyderco’s Made-in-USA quality and patented Ball Bearing Lock™. Its broad blade is precision machined from Crucible’s premium CPM® S30V® particle metallurgy stainless steel and features a full-flat grind for an exceptional balance of edge geometry and strength. Matching areas of jimping (textured grooves) on the thumb ramp and the index-finger choil complement the handle’s refined ergonomics to offer an amazingly secure, comfortable grip.

Constructed with full stainless steel liners, a stainless steel back spacer, and textured black G-10 scales, the Manix 2’s handle is home to a high-strength Ball Bearing Lock mechanism. One of our strongest, smoothest operating lock mechanisms, it consists of a hardened steel ball bearing encased in a polymer cage. When the knife is opened, a spring plunger drives the ball bearing forward onto a ramp on the blade, wedging it securely open. Pulling back on the cage releases the lock and allows the blade to pivot smoothly closed. Both opening and closing are easily performed with either hand and without ever placing your fingers near the blade’s edge.

To ensure instant access and ease of carry, the Manix 2 includes a reversible hourglass clip that supports left or right-side tip-up carry. It complements the blade’s Trademark Round Hole and lock mechanism to make every aspect of the knife’s carry, deployment, and operation completely ambidextrous."

"The original Manix 2 Lightweight was the Winner of Blade magazine’s coveted Most Innovative American Design award. It combined the full-service cutting performance of the popular Manix 2 with a revolutionary lightweight handle molded from tough FRCP (fiberglass reinforced co-polymer). This version of the Manix 2 Lightweight is identical to that award-winning knife, with the exception of its handle color.

Weighing in at a scant three ounces, the Manix 2 Black Lightweight features a full-flat-ground CTS® BD1 stainless steel blade with Spyderco’s signature Trademark Round Hole™ for easy, ambidextrous, one-handed opening. The blade is supported by a high-strength Ball Bearing Lock™ housed within a precision-machined steel insert in the handle. The durable FRCP handle includes a molded Bi-Directional Texture™ pattern to ensure a secure grip in even the most demanding environments. A reversible wire clip provides left or right-side tip-up carry and makes the operation and carry of this knife completely ambidextrous.

Variations of the Manix

Variations of the Manix 2

Questions regarding collecting the C101

Measurements (mm and grams) of the C101 Manix:

Measurements (inches and ounces) of the C101 Manix: 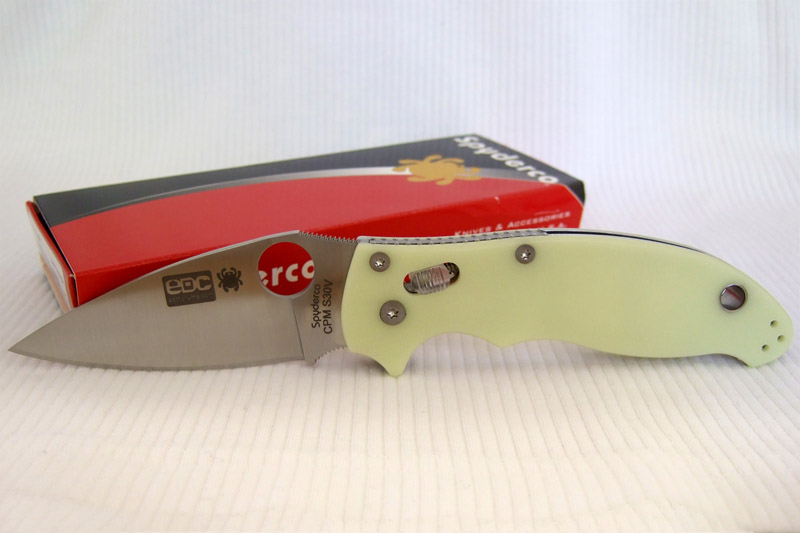