(Louis) Sal Glesser is married to Gail Glesser, they have a daughter called Christina and a son named Eric Glesser. Sal is the founder and owner of Spyderco inc. in Golden, Colorado, U.S.A., Earth. Sal Glesser is mostly known for his contributions to the knife industry and holds numerous design patents, such as the round hole opener and the pocket clip. Since around 2000, knives designed solely by Sal have had a signature mark engraved on the blade near the round hole opener. The signature spells out SAL: 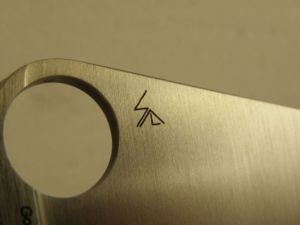