The Spyderco collectors club is an offer to collectors of Spyderco knives. The collectors club gives you the possibility to receive all Spyderco knives made, with your number on them. There is of today 200 available numbers opposed to before 1997[1] when only 100 numbers were available. The numbers before 2000 were engraved the traditional way, sometime in 2001 that changed to laser engraving.[2] The Variant- designator is believed to have been added when the club was increased from 100 to 200 numbers in 1997[3].

The Collector chooses a number from the list of open ones and then choose from the possibilities below.

As of today there's two possible ways to be a member of the collectors club:

1. All variants- The collector receives one of every variation of knife made by Spyderco. In practical terms this means that if Spyderco makes a knife with 2 types of handle and both types of handle in 3 different edges, the collector will receive 6 knives.

So, when the C106 Tasman Salt was released, the all variants collectors got the following: 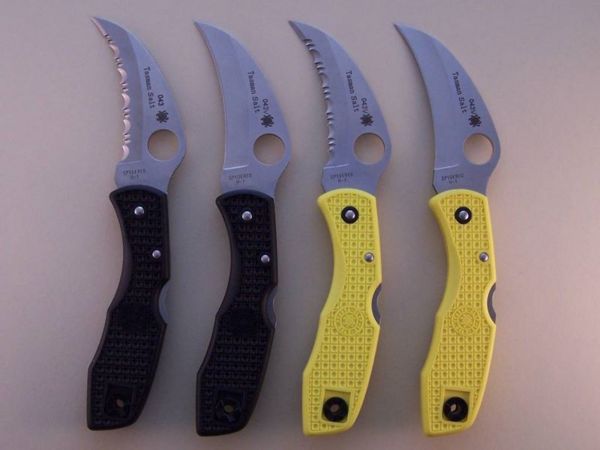 2. Main models only- The collector receives new SKU's only, and the model of that SKU that Spyderco decides is the main model. Continuing with the picture above, the Main collectors would only get the Black SE model of the C106 as that was the main model.

Collectors knives will be numbered with a collector number 059 for instance, and then the variants will have a 059V if the collector chooses to receive all variants (as in the picture above).

In 2009, the Spyderco Collectors Club was updated. Additional details can be found in this thread on the Spyderco forums.