The C59 Eduard Bradichansky Shabaria was introduced in 1999 and discontinued in 2003.

The C59 Shabaria was Spyderco's first in a series of ethnic inspired knives (See Etnich series). Nomads in the Jordan River Valley have carried a knife called a Shabaria. The design of the C59 is inspired by these knives.

The C59 Shabaria appeared in the following (catalogs):

Knives and history are reflections of each other. Paleolithic flint tools to modern folding knives; they exist to perform the simple purpose of cutting. Jordan River Valley nomads centuries ago made and carried a curved fixed-blade called a Shabaria for agriculture and protection.

Israeli knife designer, Eduard Bradichansky, co-mingled the Shabaria's traditional utilitarian profile into a modern folding knife. Mr. Bradichansky was a gunsmith and gifted jeweler by trade, new to the knifemaking community, but already attracting collectors and enthusiasts to his fresh design work and crafting skills. His career cut short, he fell victim to a terrorist attack on the West Bank.

Spyderco is re-releasing a Sprint Run of his Shabaria folder with VG-10 stainless PlainEdge blade and carbon fiber handle. At first grasp, the handle's hourglass/coffin-shape feels slim and odd in the hand but the conveyance of balance and comfort immediately follows. The light carbon fiber handle has a black steel clip embellished with a gold Spyderco bug and positions the folder for right-hand, tip-down pocket carry. A straightforward easy to access and open Michael Walker LinerLock graces the handle's underside. The C59CF Shabaria in Spyderco's online catalog.

The C59 Shabaria is made in Seki-City, Japan and has a

Some of the early run was numbered. This is probably the hardest to find.

Questions regarding collecting the C59

Measurements (mm and grams) of the C59 Shabaria:

Measurements (inches and ounces) of the C59 Shabaria:

The Edge Observer history and review of the Shabaria.

See e.g. this Shabaria thread on the Spyderco forums. 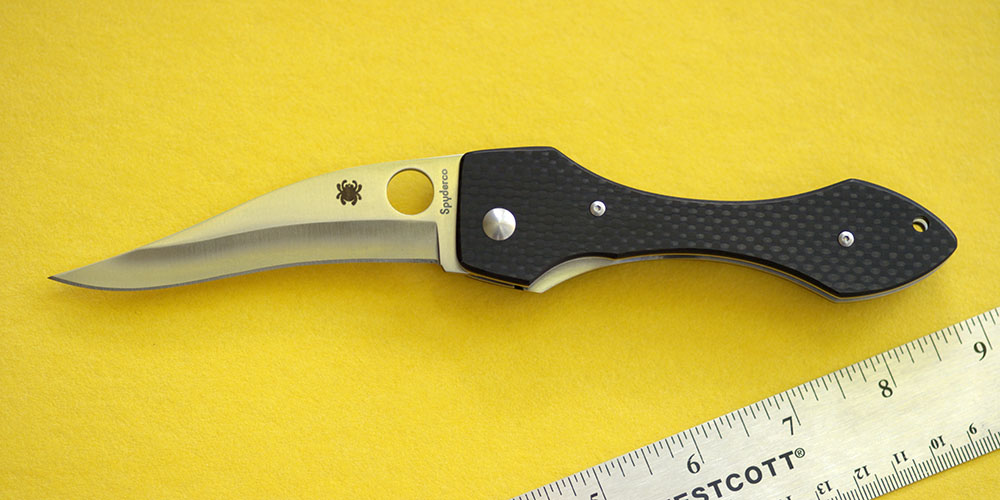 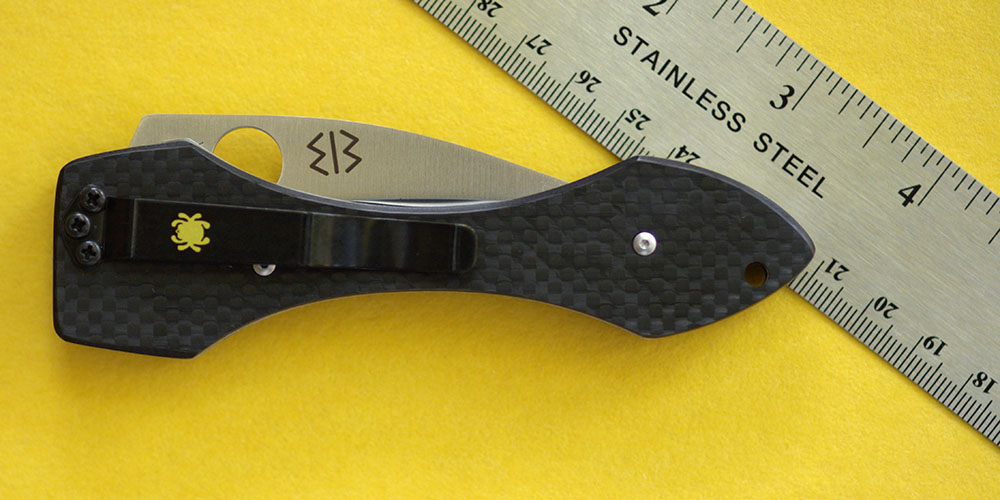